The 10 best five-star hotels in Marbella for 2018 If you are looking for the best 5-star hotels in Marbella area, you will find a handful hotels which are famous for luxury, high standard and of course high prices. But Marbella is a dearly city and everyone knows that. So, if you count to the upper crust who want to spend holydays in Marbella, you will prefer to stay in one of the top hotels in Marbella. Not all hotels are on Marbellas beaches. This don’t means that the others are not worth to take a look on them. Here is the ranking for the 10 best five star hotels in Marbella for 2018 1 Marbella Club Hotel This luxurious beachfront hotel, located between Marbella and Puerto Banús, has 2 luxurious pools and 5 restaurants. Surrounded by lush gardens with direct beach access, it provides complimentary green fees at Marbella Club Golf Resort. Featuring bedrooms with a private terrace and sea or garden views, the Marbella Club Hotel was originally the private residence of Prince Alfonso von Hohenlohe, the founder of the hotel. The property has 5 restaurants, serving international and traditional Spanish cuisine. Puerto Banús features a wide range […]

All you have to know about Marbella’s Beach Clubs openings for summer season 2020 The year 2020 will be very special. very amazing ! Many events, celebrations, weddings, and parties are held this year. Marbella will be one of those coveted hotspots in the world where there will be a lot going on. Especially in the summer months between May and September, “Hell” will be going on again in Marbella. So that you do not miss any of these great Marbella parties, we have compiled a list of the best beach clubs in Marbella and Puerto Banus for you including there opening dates. We wish everyone a great summer 2020 Please note that the listing order is not a leaderboard! NAO Pool Club, opening May the 9th Sea Soul Beach Club, opening March the 16th Bono Beach, opening mid of March (date not fixed now) Max Beach, opening March the 3rd – With an amazing new concept. Amare Beach Club, Marbella Centro. opening at March the 6th Nikki Beach, Marbella, opening April the 23rd Plaza Beach, Puerto Banus, April the 25th La Sala by the Sea, Puerto Banus, April the 23rd Ocean Club Marbella, opening May the 2nd Purobeach Estepona, […]

The new exhibition by the attractive artist Anastasia Dardelin was opened in the Restaurant Soliluna yesterday evening with free cocktail and canapés, followed by a special dinner from the gastronomic week of the white asparagus.

Nightlife in Marbella and Puerto Banus

What about nightlife in Marbella and Puerto Banus? Well, no more nightlife in Spain mainland than on the Costa del Sol. Specially in the area between Elviria (Marbella) and Estepona. The main hotspot is in and around Puerto Banus Marina. Here you will find all the famous bars, discotheques and clubs of Marbella. In Puerto Banus marina you will find all the venues on first and second line. Some in Nueva Andalusia and other along the coast on the east side till Elviria where Nikki Beach is situated and to the west side of Marbella where it ends at Laguna Village with Puro Beach. Most nightclubs in Marbella open its doors at about 2300h, some even not before 0200h in the morning. So if you want to enjoy nightlife in Marbella you have to be as fresh as paint to hang on all night long till dawn. There are a lot of hot spots in Marbella where you can enter for free but the very vip one’s charge for entry between 10 and 50 Euro, no drink included. Most of the clubs offer vip tables which includes one or more bottles of liquors. Prices starts at around 500 Euro and […]

List of the top 5 best beach clubs in Marbella for summer season 2017! If you are planning to spend your holiday in Marbella this summer, you have to know which are the best beach clubs in Marbella and Puerto Banus? Well, there are a lot of beach clubs at Costa del Sol, but you can count the best and most amazing beach clubs in Marbella on one hand. Here is our ranking for summer 2017: Nikki Beach Marbella: Located in Elviria, east of Marbella we think that this is the most amazing and most famous beach club in Marbella. Here you will find all the rich men and all the beautiful girls. Therefore also the most expensive one. They have a small pool and the beach is nice and sandy. DJ’s playing best music and a lot of live acts make this beach club our first choice in Marbella. Ocean Club Marbella: This beach club is the only one with pool only. Its located on the beach close to famous Puerto Banus but has no sunbeds  on the Beach. Known for the Champagner Spray Parties and its very large pool. Best day to go is Sunday. La Sala by the Sea: La Sala […] 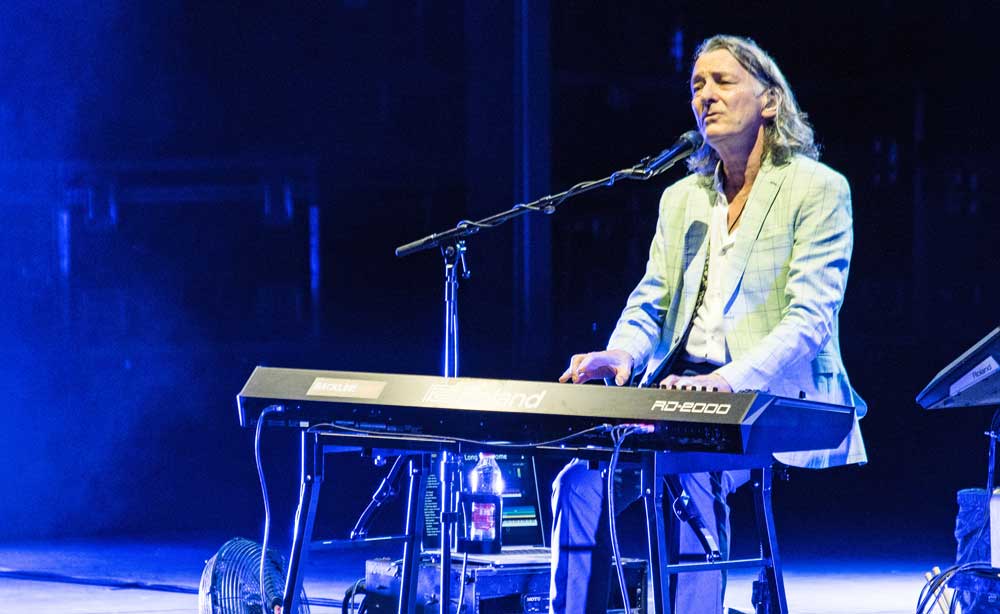 Roger Hodgson performed for the second time on Saturday in Marbella at the annual Starlite Music Festival 2019. As expected the former Supertramp singer sang all the famous hits.

Some music is just immortal or at least so strong that it can keep individual musicians alive for many years.

Punctually at 10:10 pm and of course with the gallant ten minutes later, the musicians and Roger Hodgson, the only surviving from the hit band Supertramp, enter the stage in a white suit, the gentleman came in a good mood and immediately start with “Take The Long Way Home”, the evening’s first big hit. With the infinite chart-topping repertoire of the iconic pop-rock band Supertramp, it’s clear that this will not be going to be Hudgson’s only ace up his sleeve, on the contrary, countless numbers of hits should follow. His distinctive voice has barely changed in the past 50 years when Roger Hudgson’s already starts making music. 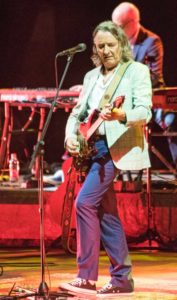 His band is at its finest and the hits still sound like they are in our ear as a memory, even if he renounces a guitarist in the band and therefore the guitar solos must be taken over by the keyboardist. The songwriter, of course, does not forget to play some songs from his already 19-year-old solo album “Open the Doors”. The audience is impressed less so because it is only waiting for the super hits from the 70s and 80s. Accordingly, and the mostly old audience is only to get up from chairs and clap on the request of Roger Hudgson. Even with hits like “Dreamer” or “Breakfast in America”, that’s about 60 years old audience prefer to keep sitting.

He also will be 70 years old next year, Roger Hudgson, ex Mastermind and Supertramp’s hit writer, knows how to be charming and make some nice words and stories to the audience. For the song “Death and a Zoo” he asks the audience how it would decide, if you were an animal and are captured, then you would rather prefer to die or land in the zoo? He also tries to say it in Spanish what the audience likes audibly Listen to it. A charmer is Roger too as he says; It always sounds so good in Spain. And he is not so wrong. Located in a former quarry in the mountains 10 minutes drive from the beaches of Marbella, the team of the Starlite Festival has created a fantastic backdrop with a stage with excellent acoustics under the stars. And unlike other summer stages in Europe, you certainly do not need to worry about rainy the concert.

In the end, of course, there were only hits to hear. Give a little bit and The logical song has finally brought the audience to a standing ovation. The fans would hardly have accepted anything else. lastly, they wanted to shut out all worries for two hours, and celebrate themselves and their nostalgia a bit.

Thank you, Roger Hudgson for your great songs, and thank you Starlite Festival to bring all these great Musicians to Marbella.

Setlist: Take The Long Way Home / School / In Jeopardy / Breakfast In America / Easy Does It / Sister Moonshine / Along Came Mary / The Logical Song / Death And A Zoo / Only Because Of You / Lord Is It Mine / Child Of Vision / Say Goodbye / Don’t Leave Me Now / Dreamer / Fool’s Overture – Encore: Give A Little Bit / It’s Raining Again 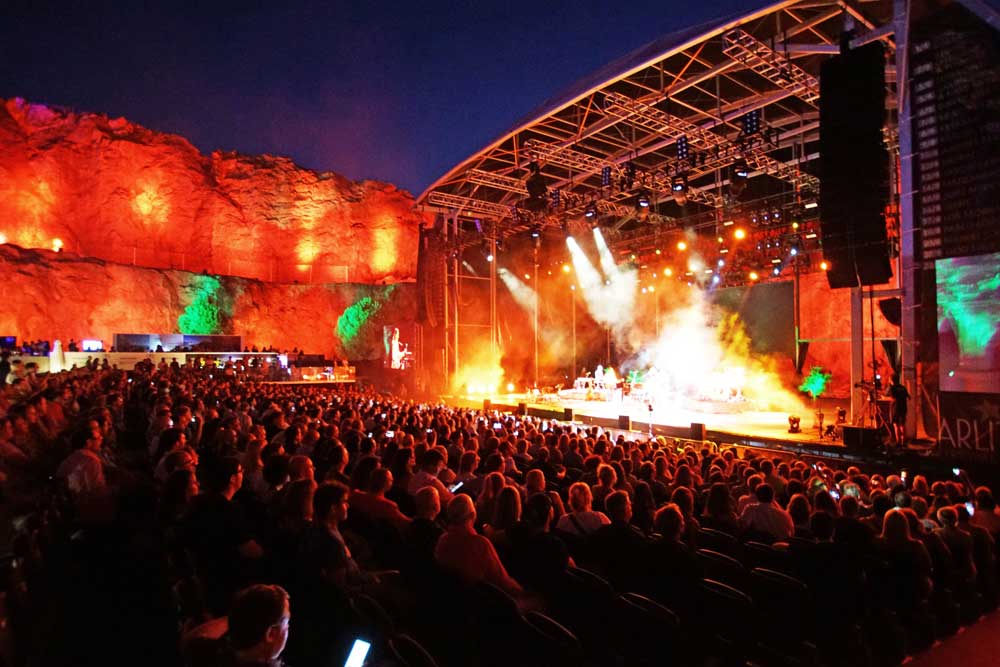 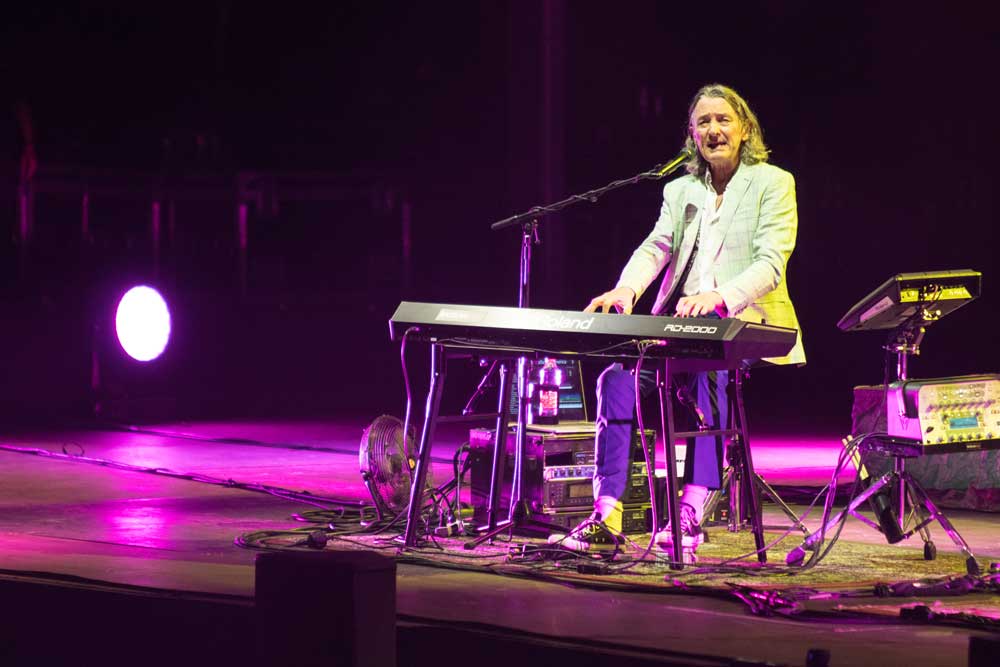 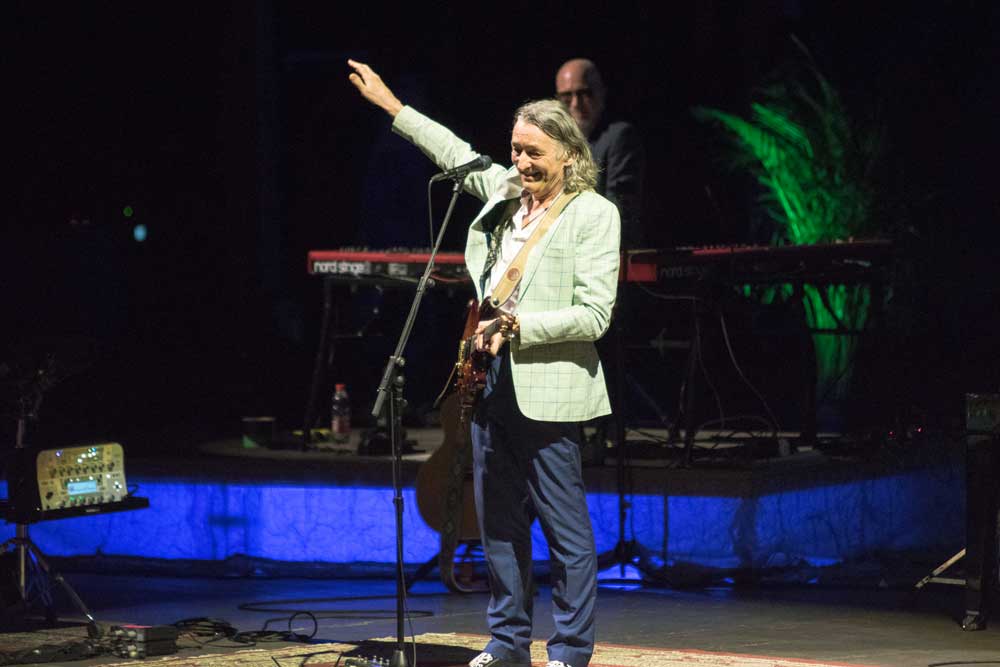 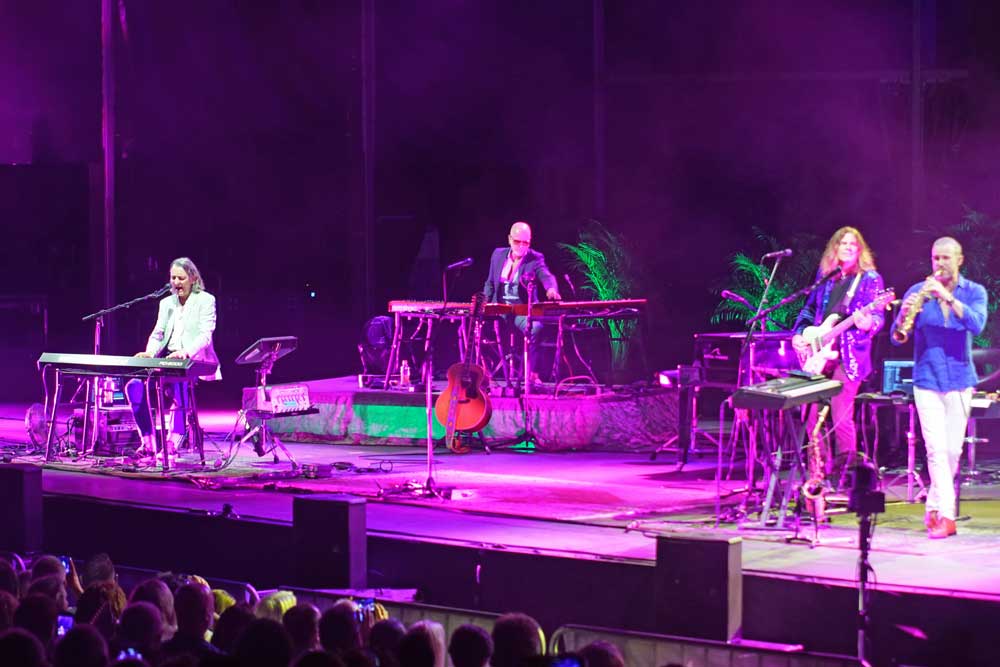