DÖSS, the new restaurant in Marbella by Da Bruno group. The Da Bruno Group has opened its new döss restaurant with great success. More than 800 people joined the inauguration of this great gastronomic concept that was officially unveiled during ‘two’ consecutive days to the Marbella social elite. The döss concept has become the new brand of the company, a new notion of essential cuisine in the 21st century. The uniqueness of döss, is to combine ‘two’ completely different gastronomical concepts ‘Mediterranean’ and ‘Asian’, in the same restaurant but in ‘two’ perfectly differentiated spaces. The best of both culinary cultures is framed in ‘two’ rooms joined by an open courtyard that exudes elegance, design and distinction. In addition, customers who wish to book the rooms for banquets, presentations, etc., can also enjoy the spaces as well as the ‘two’ additional terraces on the top floor. The ‘two’ hosts, Bruno and Giuseppina Filippone, were accompanied at such a special moment by their entire family as well as the Mayor of Marbella, Ángeles Muñoz; the Town Planning Councilor and Vice President of the Diputación de Málaga, Kika Caracuel; the Lieutenant Mayor of Las Chapas, Carlós Alcalá, Javier Martín, Head of the Local Police of […]

Sala Group announced its collaboration with Mahiki and confirmed the opening of their first joint venture ‘Mahiki by Sala’ in 2017 in Marbella. Sala Group has recently been appointed the licensee for the number one celebrity destination in London – Mahiki. The beautiful Polynesian and tiki themed venue that first opened on Dover Street in 2005 quickly became well known for its celebrity clientele. Since then it has grown to become one of the world’s most famous night spots as well  as an institution, with an array of fabulous awards behind it. Mahiki has attracted media attention as a favourite haunt of royals including Princes William and Harry as well as Kate Middleton and celebrities such as Rihanna, Lady Gaga, Kelly Rowland, Paris Hilton, Kate Moss, Beyonce, Jay-Z, Kim Kardashian and other A list celebrities. It is often referred to in the press as London’s most popular venue. In December 2011, Mahiki Dubai opened its doors in the world famous sprawling beachfront Jumeirah Beach Hotel and now this Spring 2017, Sala Group is proud to open the first Mahiki venue in Spain in a stunning beachfront location in Marbella. The menu will feature a mixture of original Spanish cuisine, expected to be found in a quality Spanish Chiringuito, along with some La Sala’s Signature dishes and the tropical grill menu of Mahiki. ”We’re so excited for being chosen as the creators of the first […]

Sting at Starlite Festival in Marbella – Police hits in a new style At the beginning a small anecdote; When we photographer visited the concert yesterday, we were told that the management of Sting allowed us to take photos of the first two songs only and then have to leave the concert. We were not allowed to stay there and watch the concert which is very funny, especially for me, because I had to write this article. But from my experience, I know that often the management of such stars are very sensitive and bring crazy rules that are unfounded and do not reflect the opinion of the artist himself. I once met Lady Gaga before a concert in Vienna and asked her about it because her management also had such strange rules, she was very surprised why it said so and said that she do not know about it and she does not care how many photographs you take or how long you stay after the shooting. But that’s the way it is in the show business, everyone who is involved in wants to be important. In any case, I found a secret place where I could listen well […]

Best Beachclubs in Marbella for summer 2019

InterNations is a trusted Network & Guide for Expats in Marbella

InterNations is a trusted Network & Guide for Expats in Marbella You can: Build up valuable contacts with like-minded Marbella expats Find reliable information and trustworthy tips about the expat life in Marbella Join top-class InterNations events to meet fellow expatriates in town Meet the Community of Expats in Marbella and Get Connected! This month, last Friday, the Internations Event took place in San Pedro de Alcantara at a new place: El Lunares!  The owner Cecilio has created a beautiful modern place to sublimate the traditional flamenco. Members were enjoying live Flamenco, Cava, Tapas and great company! They could feel the Andalusian Spirit! © all photos by MEG 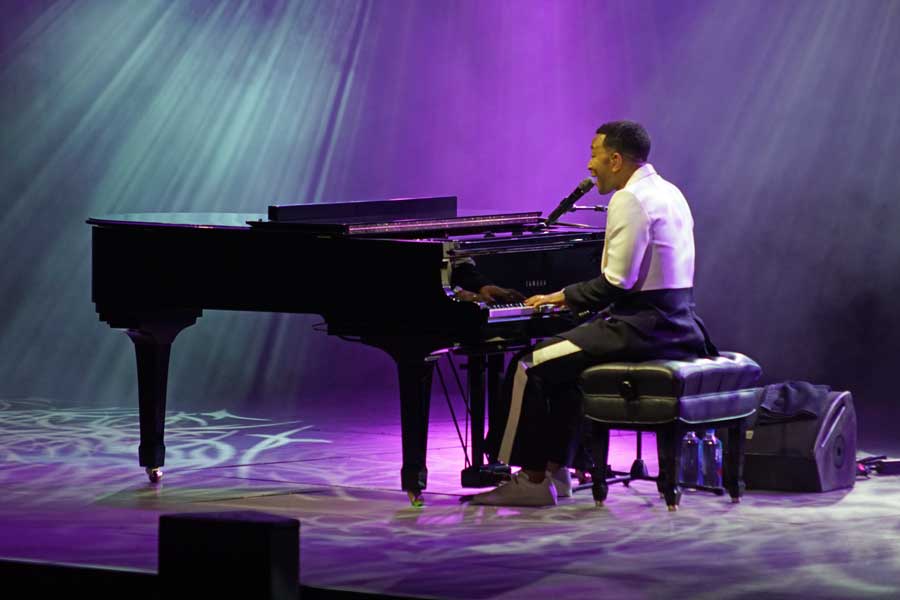 A man, a piano: when John Legend enters the stage, the singer needs nothing more than his voice and a piano to present his songs to the audience. 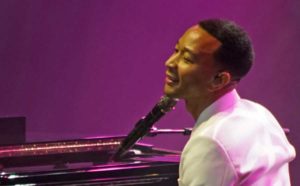 One step ahead: John Legend lives up to his name! An artist who inspires the masses with his own voice – without any fireworks, shows or band. A true soul legend. This is exactly what he proves at the concert in Marbella, all with his powerful voice and only accompanied by his piano.

Never before has an artist come out on stage with less: John Legend, a piano, his breathtaking voice. This was enough to enthuse the guests from the first note on. With his classic “Bridge Over Troubled Water” in a very own interpretation, he started into the evening and increased from song to song to the highlight on which all the audience waited the whole evening: “All of me“. John Legend has a special way of incorporating his life story into the music. So he told the guests his beginnings as a musician and how hard it was to get a record deal.

Even classics of his many years of career could not be missed in the evening in Marbella. The 40-year-old legend with his numerous songs showed some from his first albums. then to inspire the audience even more with his current hits. For the guests of the Starlite Festival, the evening was one of the most intimate performances of an artist at this festival, which will remain in fine memory thanks to the sensitivity of John Legend. 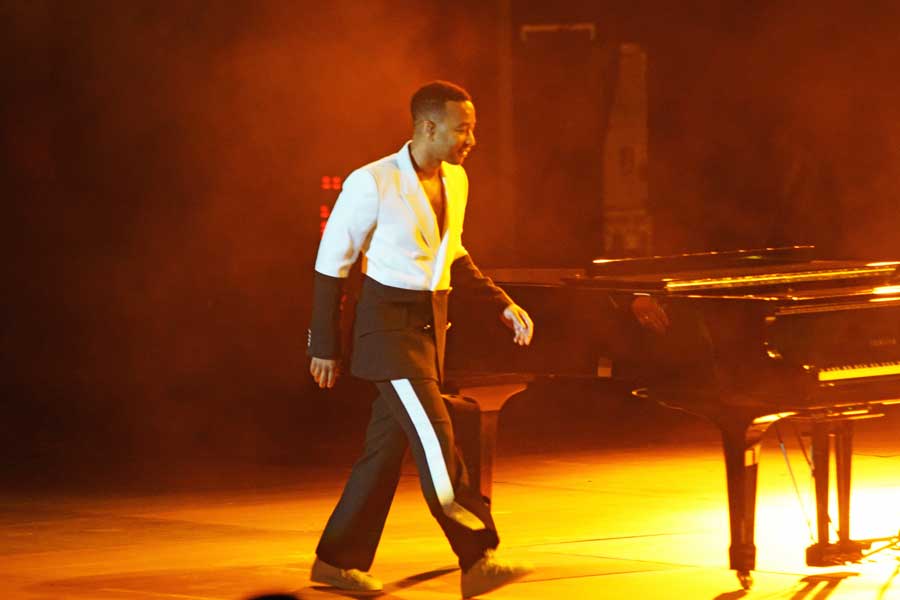 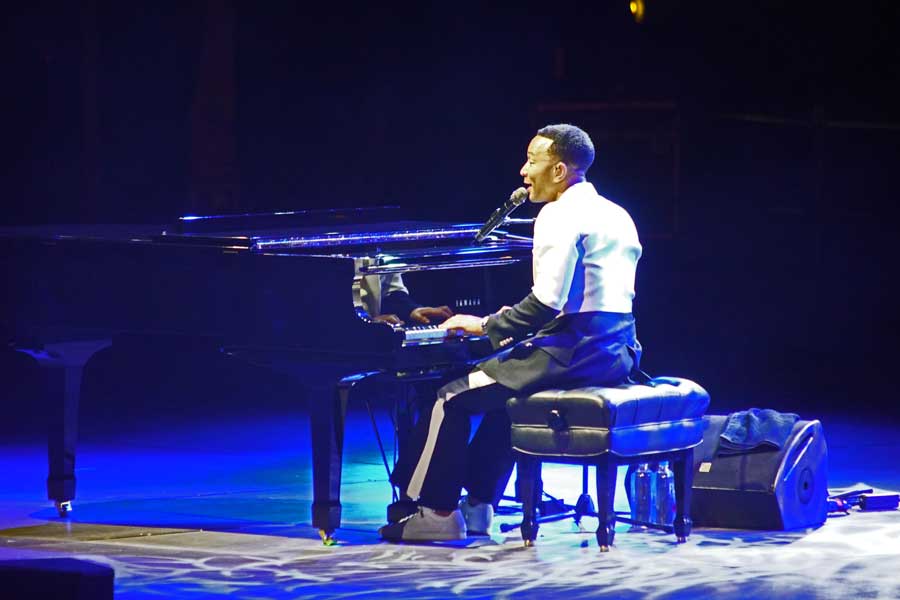 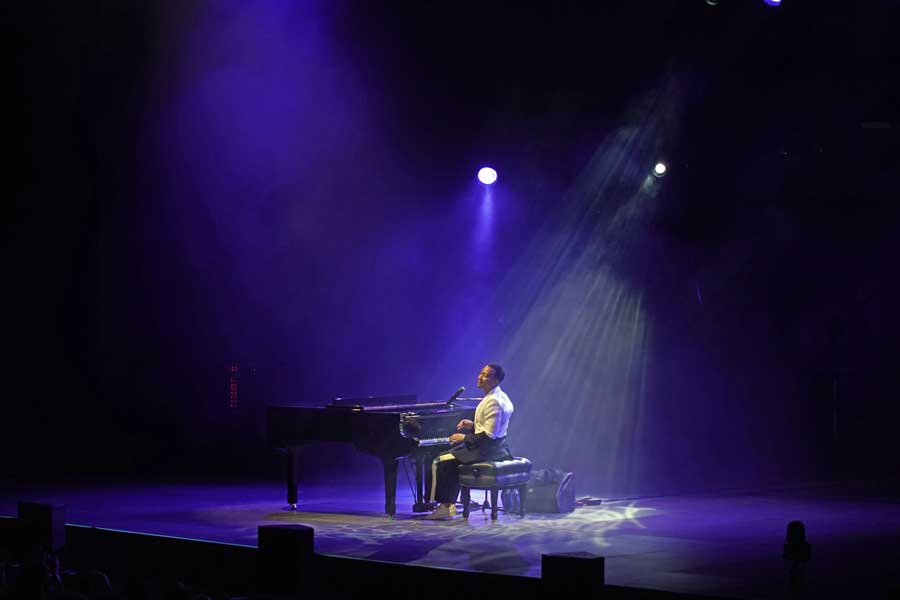 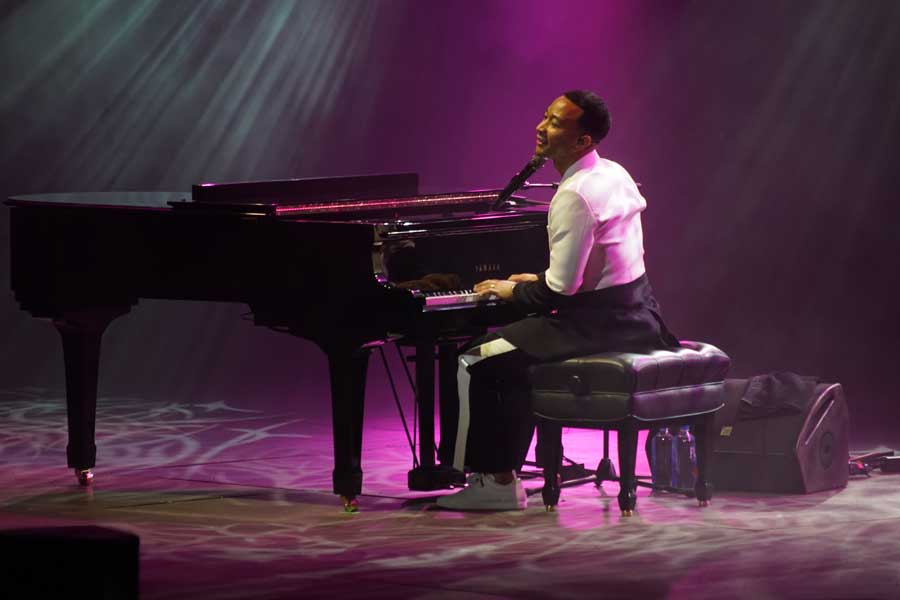 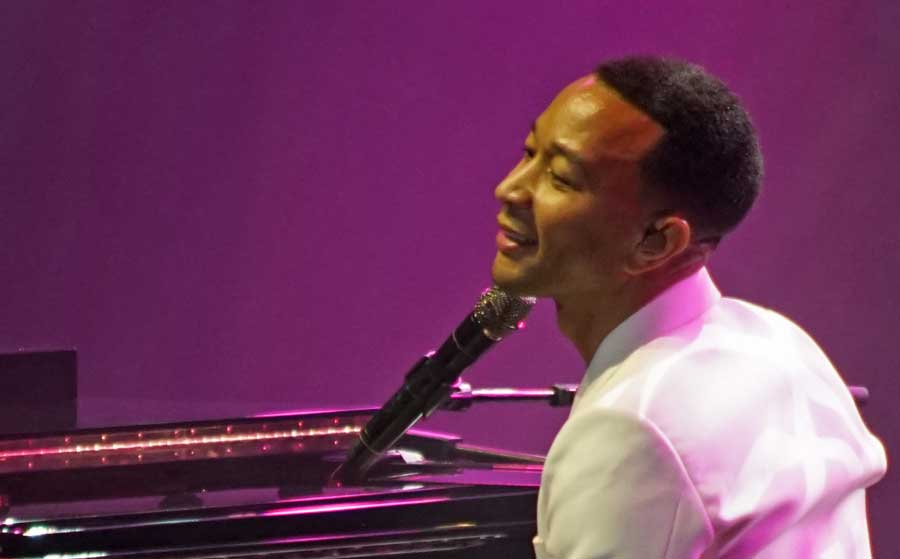 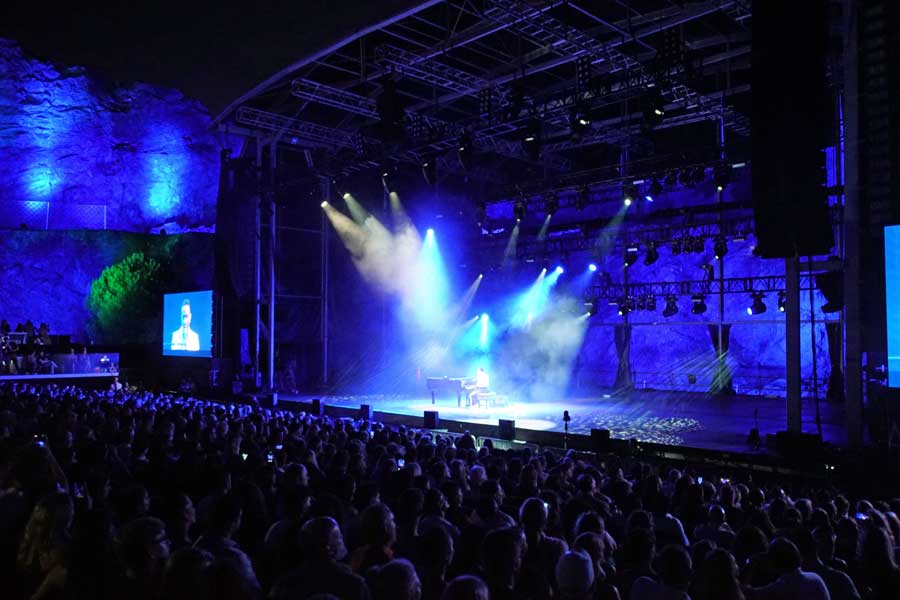 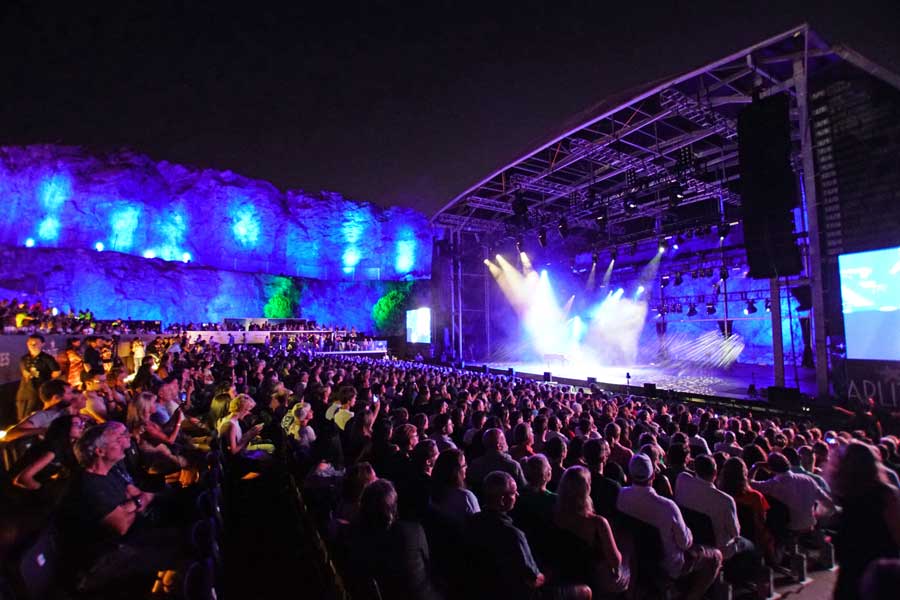 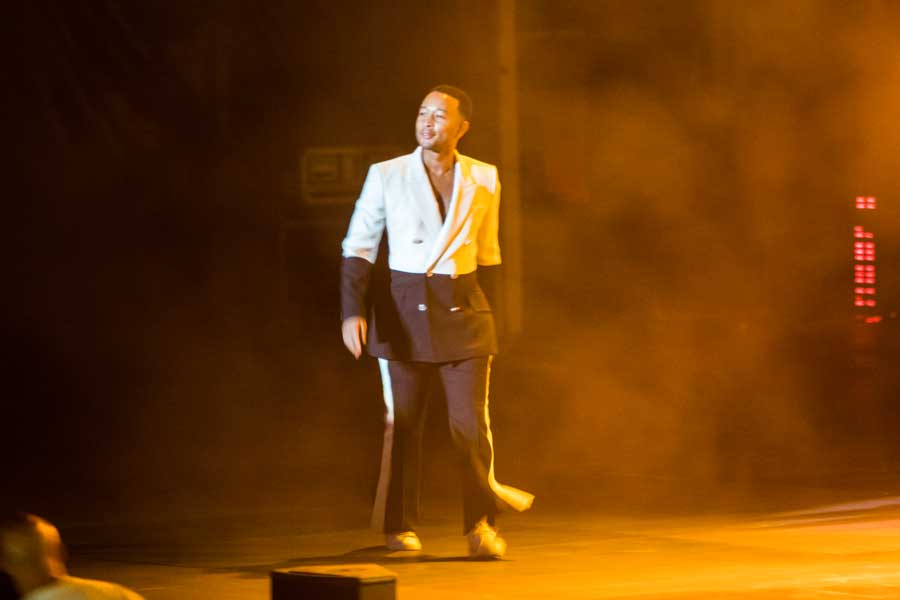 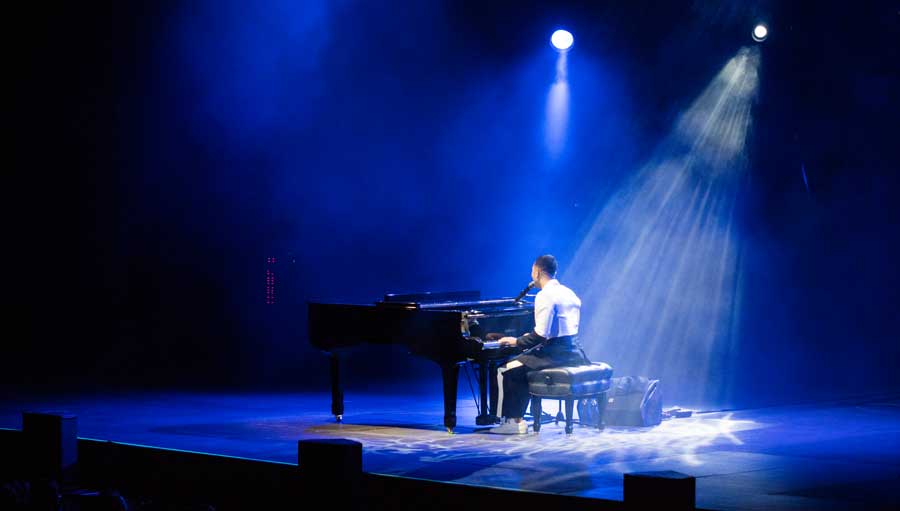 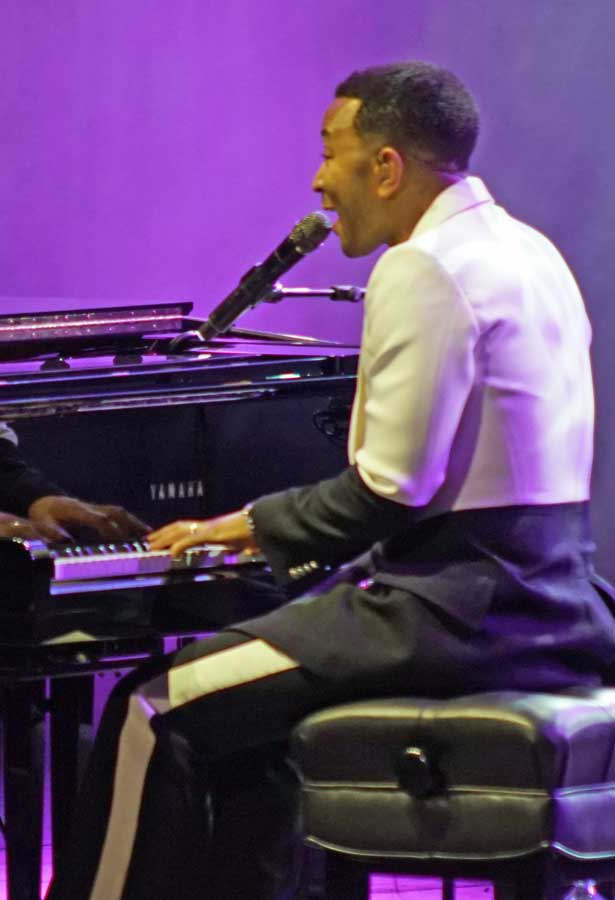